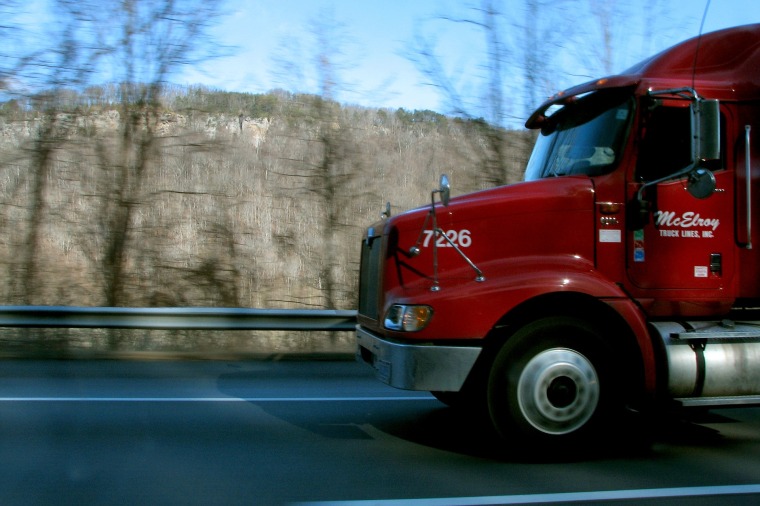 We have special day for almost anything now, so I’d like to start Near Death Friday. I was wondering if any of you have had a near death experience, and would like to share. Something happened at the last moment to save your life and in all odds you shouldn’t be reading this today.

I’ll kick it off with mine.

I was working at Domino’s Pizza in the mid-90s as a tractor trailer driver delivering to the stores. I was on the Vermont route, I left on one day and returned on the next. I stayed in a motel room in Plattsburgh New York, and when I arrived to start my day one day in late July, there were a bunch of drivers waiting for tractors. It seems that a bunch of trucks were out getting small things fixed and thus the holdup. They all remarked that since I worked alone, I had a tractor guaranteed so I didn’t have to wait. When I looked out of the building, I had a sleeper cab, meaning it was one of those trucks, as my oldest daughter aptly states, “With a bed behind the seats.” We only had one truck that didn’t have a sleeper, and it was sitting there doing nothing, since the teams of drivers needed the bunk to be legal for DOT hours of service, (It’s a long explanation to the laws. I’ll spare everyone the agony) they couldn’t use the “Day Cab” as it’s called. So, since I stayed in a motel room anyway, I asked my boss if it would be okay to take that truck so one of the teams could use my truck. He agreed, I switched tractors and off I went on my route.

This one particular day, I was instructed to do my whole route in a different order. The company was changing their dough formula, and they were giving a class that store managers in the area that my route covered to teach them how to use the new dough, and answer any questions that they might have. I had all of the new formula dough for the class on my truck, as well as the ‘older’ formula, and was instructed to do my route “inside out” as they were giving the class at a large Domino’s store in Burlington Vermont, and they didn’t want anyone other than company employees to view and work the new formula until the class, so I was their last control. So I did what was instructed of me, I had to wait until day 2 of my route to do the “school store.” This meant instead of Barre VT, being my first stop, it would have to be last, on the way back to Connecticut.

Bear with me, all of this info has importance to the story. I arrived to the large store just in time to deliver the new dough on day two, all of the managers I knew were at this store, greeting me and it was weird to see them all in one place. I delivered my products, bid everyone adieu and left to finish my route. I had two stores left, the store on the north side of Burlington VT, and of course the one in Barre. I had to back into the remaining Burlington store from the street, and when I got out of the truck the left front tire caught my eye. I checked the tire out, and nothing was out of the ordinary, I spent a good ten minutes checking the tire, the air pressure, the tread depth etc., finally concluding that it was in my head as the tire wasn’t that old and worn out.

I did my delivery, called into my home office, telling them my ETA (Estimated Time of Arrival,) and pointed the truck down highway 89 towards Barre. It was a warm day, and I was enjoying the mid-morning summer temperatures, cruising along at about 68 MPH, with both windows on the truck rolled down. As I crested one of the larger hills on route 89, and started down the other side, yep, you guessed it, the tire that I was checking out failed. If you are ever around truckers, a steering tire failing is a big nightmare. When my truck’s tire blew, the truck immediately lurched to the left, with a mind of its own, pulling the steering wheel right out of my hands and nearly breaking one of my fingers in the process, trying to retain my grip. If there was a car passing me, I would have surely hit it and possibly killed its occupants, but luckily no car was in that spot. I glanced in horror as the center grassy median, loomed alongside me, and I was sure that I was going to crash into the median and roll the truck over. As I braced myself for this fate, the truck caught the tireless rim in the cement storm runoff trough and was careening down the hill with the wheel stuck in the trough’s groove as if it was a train on rails. I tried my hardest to pull the truck back right onto the road, but the truck was gaining speed, as this was a very steep downgrade, and every time I even tried to slow down, since the trailer’s tires were straddling the trough too, the whole right side of the trailer CAME OFF OF THE ROAD! This made my angst even greater. The roar inside the truck was deafening, the sound the metal rim scraping against the cement sent chills up my spine, as did the sound the crying tires made trying to do their job on the roadway. Up ahead I saw a graver situation, I was heading squarely to hit a bridge abutment. By this time I saw that I was traveling in excess of 80 miles per hour, and I knew that I probably wouldn’t survive a collision into this bridge, so I fought with the steering wheel even harder to get the truck’s wheel off this “rail” it was in and I thought that even if I rolled the truck over into the grass, it would be better than hitting the bridge. I fought to no avail, and about ten feet from the bridge, I closed my eyes, braced myself for the impact. In my self-imposed darkness, I felt the truck suddenly jerk right, hitting my head against the door of the cab, I heard a loud scrape, and when I opened my eyes, I was past the bridge, coming to a stop in the middle of the road. I coaxed the truck to the right shoulder, switched on my four-way flashers, and put my head on the steering wheel. With shaky legs I exited the cab, and surveyed the damage. The tire was gone, resting peacefully at the top of the hill. The wheel was undamaged, save for some of the paint scraped off the inside surface. I looked up, and saw that the drivers side mirror had a scratch about the width of a nail, it probably hit the bridge as we sailed by.

After a few minutes, after calming down, I wondered what the truck hit to send it sailing back onto the roadway and freeing me from certain death. I wandered up to the bridge and noticed that the runoff trough was seamless, and continued under the bridge, and down into a drain in the median. As I investigated, I saw the marks in the cement all the way down the hill, where the front wheel was trapped. At the point where the gouges spun the truck back on to the road, there was nothing to indicate any possible reason for this occurrence. I searched for a rock, pebble, even a carelessly discarded piece of trash, something to catch that wheel and push the truck out of the trough, but there was nothing. 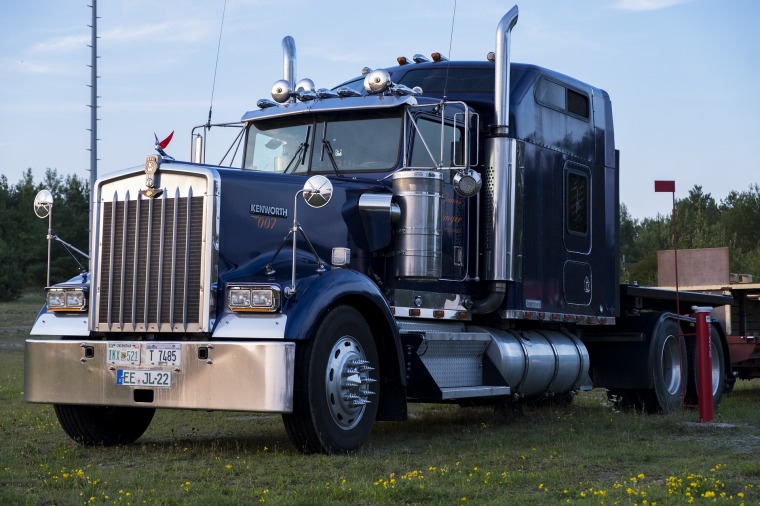 Divine intervention perhaps? Dumb luck? As I reflect back onto the events that led up to the tire blowout, I am somewhat astounded. Why did I take that particular truck, after already having one assigned to me and changing it at the last moment? I did the route differently, normally I wouldn’t even be on that stretch of road, and I’d be on the much more rural Route 7 heading to the Rutland store. What made me inspect that tire?

I’d be interested in hearing anyone’s tale. In all odds, I should have hit that bridge at about 85 MPH, and that aluminum cab would have been my coffin. But I survived without even an accident! How about you? 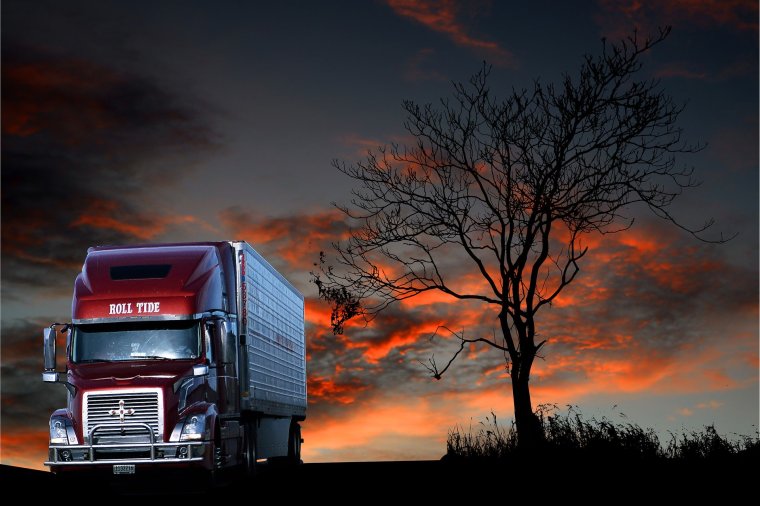